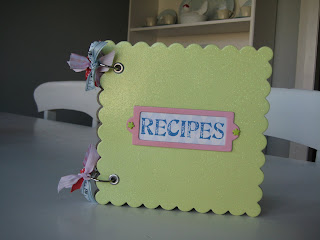 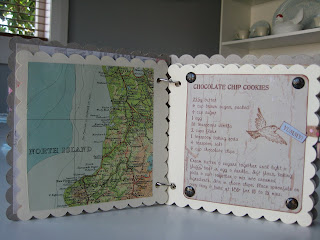 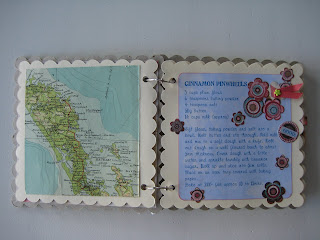 Here's a little recipe book I made in a big hurry for a friend in Texas (two evenings to be precise - her mum was coming here for a day and I'll do anything to save on postage!). I only had time to include a few recipes so I chopped up a vintage map of New Zealand and stuck it on every other page. I'll send more recipes for her to stick in when I have time. 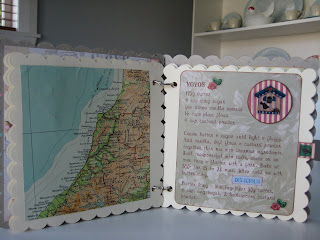 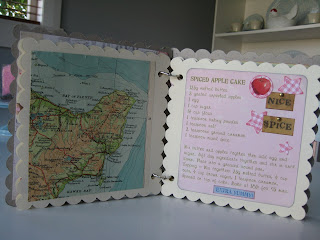 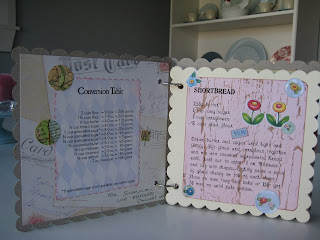 Speaking of having time - the school holidays are almost over - yipppeee! The holidays (almost 8 weeks!!) have been long and at times arduous, there are many difficulties in having a son and a daughter with a large age gap (7.5 years between them). Finding things they can both do together is almost impossible. The only thing they will both happily watch on tv is Spongebob Squarepants - but that's only on at 4pm for 30 mins, the rest of the day they spend annoying each other!
There are soooo many things I want to get done when I'm kid-free. Watch this space!
Posted by Mercedes Spencer @ Liberty Biberty at 9:56 PM 1 comment: 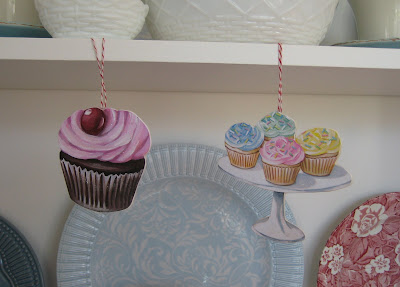 Oh my Goodness!! Just take a look at what I got in the mail today. These gorgeous cards and ornaments are made by Jenny and Aaron at Every day is a Holiday . I ordered them on Christmas Eve when I had been in the kitchen doing my ‘last minute panic all day bake-athon’. I finally decided ‘to hell with the exchange rate, I’m gonna get myself something I’d really like’. 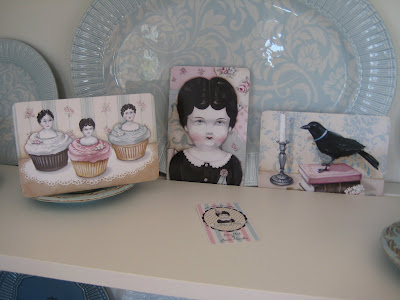 Jenny and Aaron are the most wonderfully kind, generous and creative people. They even sent me gifts because of the delay in posting!! And took the time to include a little hand written note. It’s actually quite surreal having these little pretties here because I’ve been following their blog for some time and I can’t quite believe I have their work in my own home now. And it's oh so much more beautiful in real life! 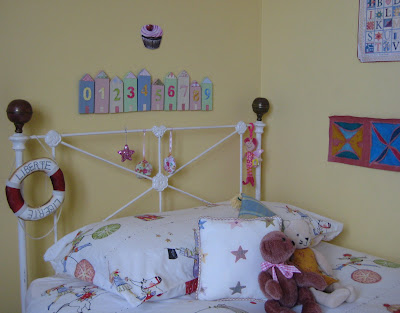 Liberty claimed the chocolate cupcake decoration for her room ‘because it has a cherry on top and that’s how cupcakes should look mum’! I'm thinkin' a whole row of them would look soooo darned cute. 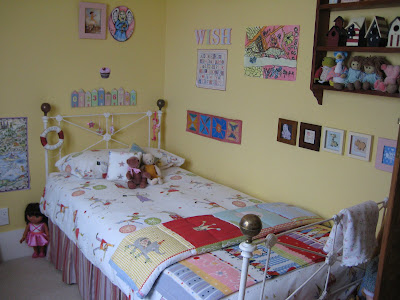 The cards look so perfect here in my house. However, I think my little sister may be calling me when she sees I have the raven card.
If you haven’t been to the Every Day Is A Holiday blog I suggest you take a little trip to cupcakey gorgeousness there now!
Posted by Mercedes Spencer @ Liberty Biberty at 8:48 PM No comments: 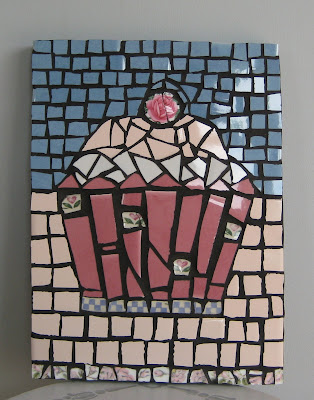 I did a course in mosaics at the end of last year and this cupcake picture is the first thing I made. It's about 40cm x 27cm (16ins x 10.5ins)It was going to go outside on the playhouse but it turned out way better than I expected and is the perfect colour for the kitchen so that's where it's found a home. There's not much wall space in the kitchen but I found a perfect little spot behind the glass door. 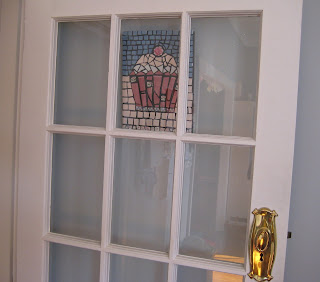 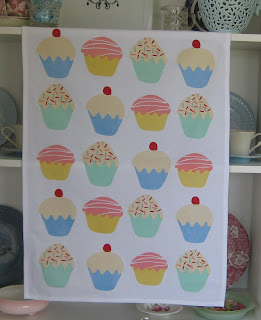 I don't know what it is about cupcakes that makes them so universally appealing! My friend Katrina gave me this gorgeous tea towel (way too nice to be used as a tea towel) for my birthday. 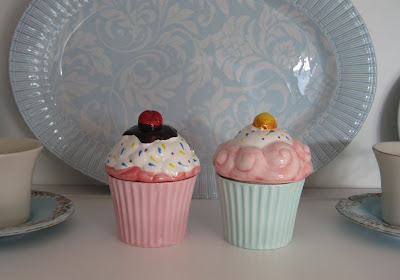 The little lovlies I found at Kmart they came in a three pack but I gave one away. They were filled with lollies. 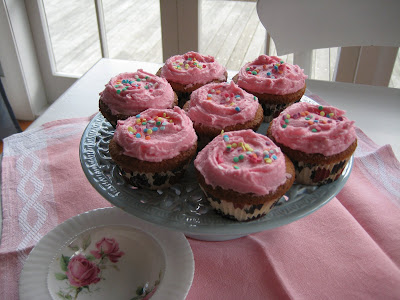 And these are the real thing...I'm slowly mastering the perfect cupcake.I've discovered it has a lot to do with how long you mix everything for, it takes a fair bit of patience, especially when your cake mixer belonged to your mother and it makes such a racket the neighbours can probaby hear it. I took some to a party before Christmas and I heard someone say as they ate one 'mmmmm, the rumours ARE true'! I'm also mastering buttercream frosting. Frosting isn't something that's used much in NZ, we just use ordinary old icing (water, flavouring, tiny bit of butter and icing sugar). That buttercream has added a whole new dimension to my cupcake making...and my waistline!
Posted by Mercedes Spencer @ Liberty Biberty at 7:37 PM 3 comments: