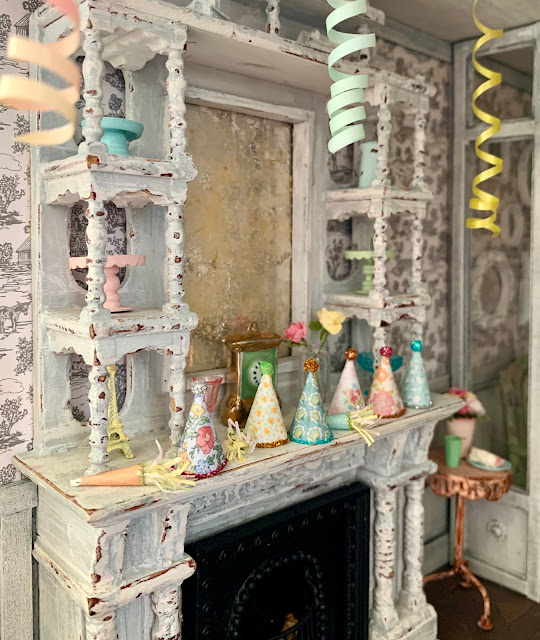 Happy 2022 everyone!
I'm hoping it's a better year than the last couple that's for sure. 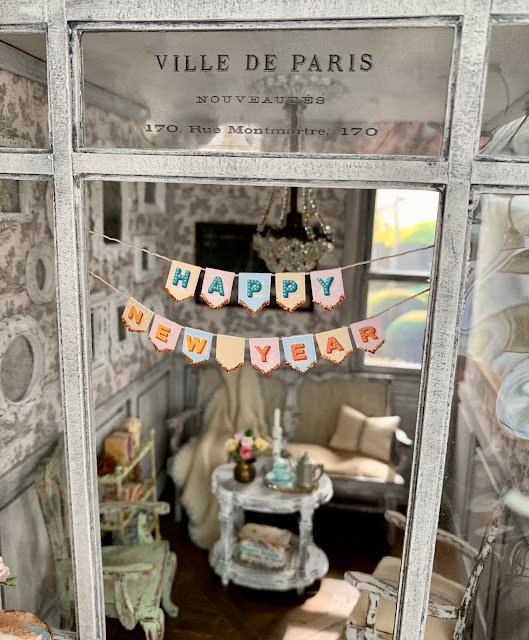 I didn't manage to get much done for Christmas in the Farmhouse...I made a start
but as usual time ran out on me.
I also started making things for Christmas in La Maisonette...so that's a small start on next Christmas! 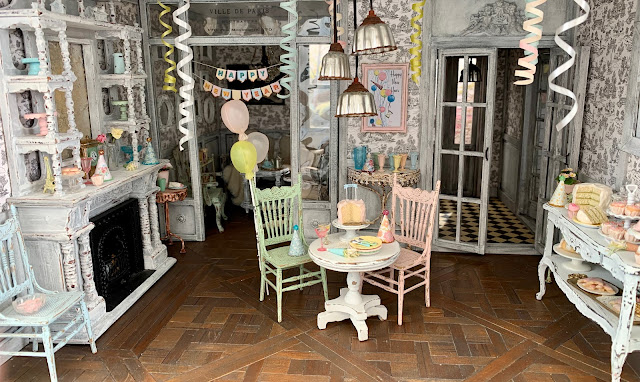 The idea of a vintage style New Year's party came to me after Christmas and as there was nothing else that I had to do I started working on making tiny things. 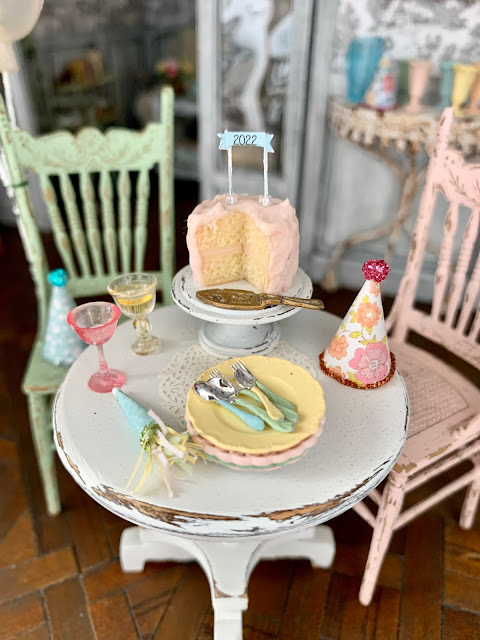 Kim Saulter made the cake...I think it was one of the first things she ever sent me.
I managed to print a teeny tiny banner for the cake topper.
The trickest part was cutting it out. 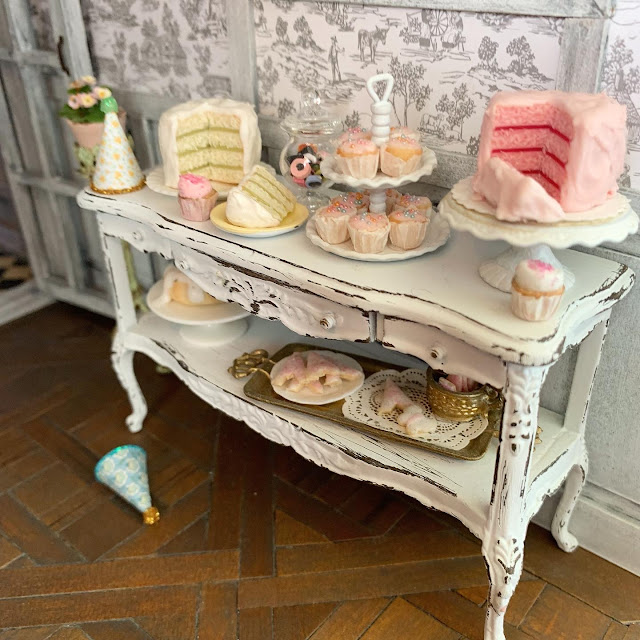 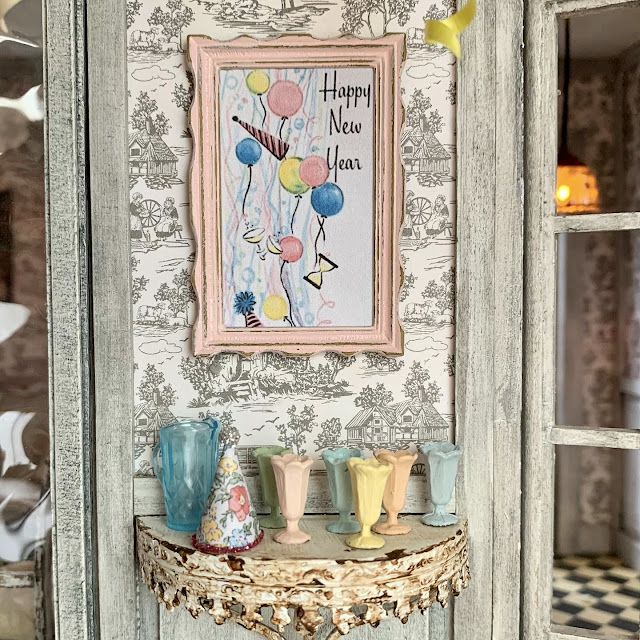 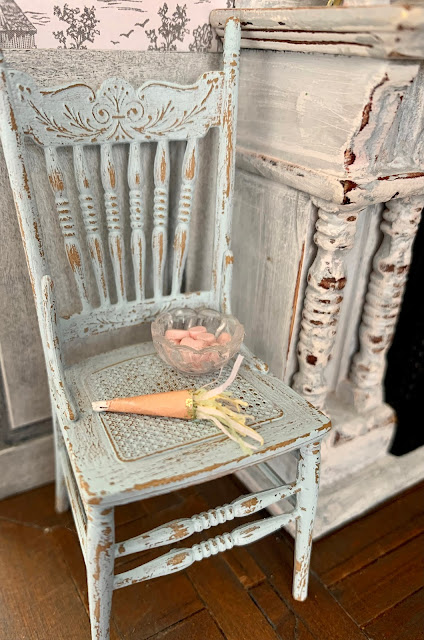 Party poppers had to be made.
The older I get (I just had another birthday in between Christmas and New Year...busy times here!) the fiddlier it seems to be to make tiny things. But it's always worth the effort! 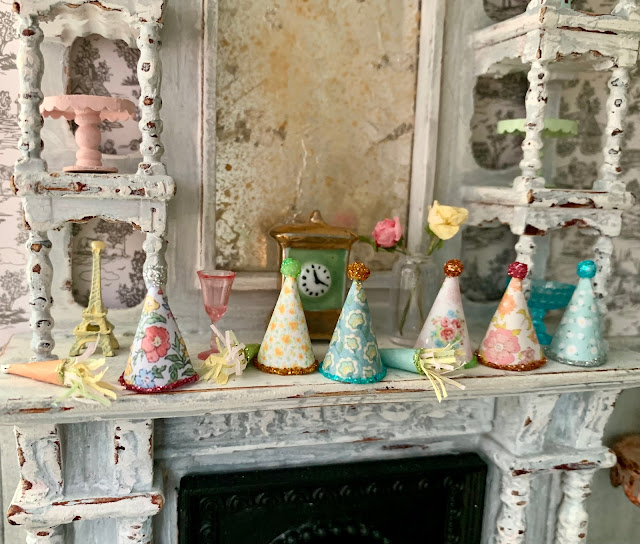 It took days to make the tiny party accessories, hours to set up and photograph and a just a few minutes to remove it all and put it in a box which may never be opened again!
That's the way it is with miniatures. 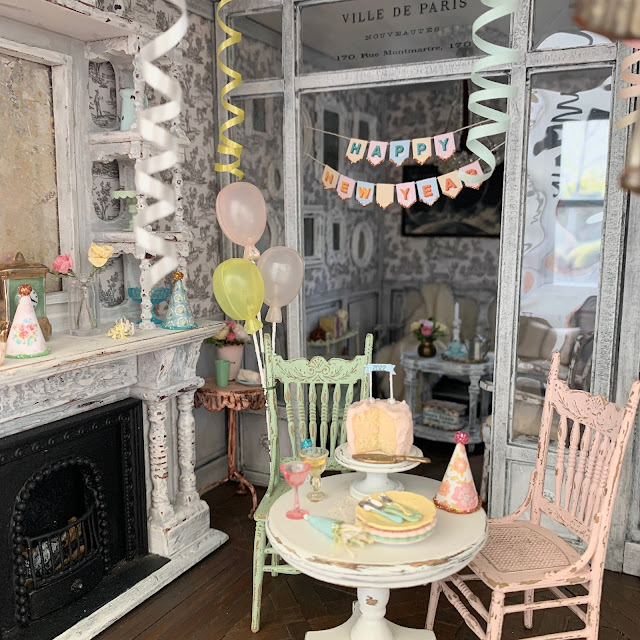 It'll take days to put everything back in the room as well because I'll be thinking about whether I should change things. 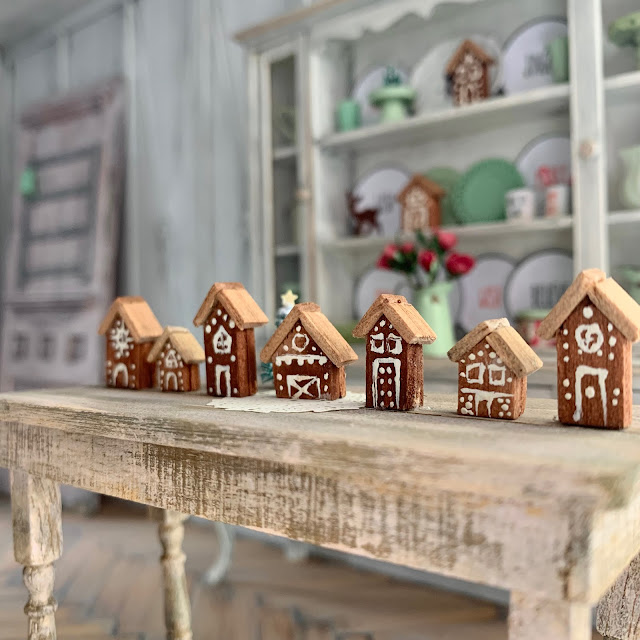 Here is a little bit of Christmas in the Farmhouse. 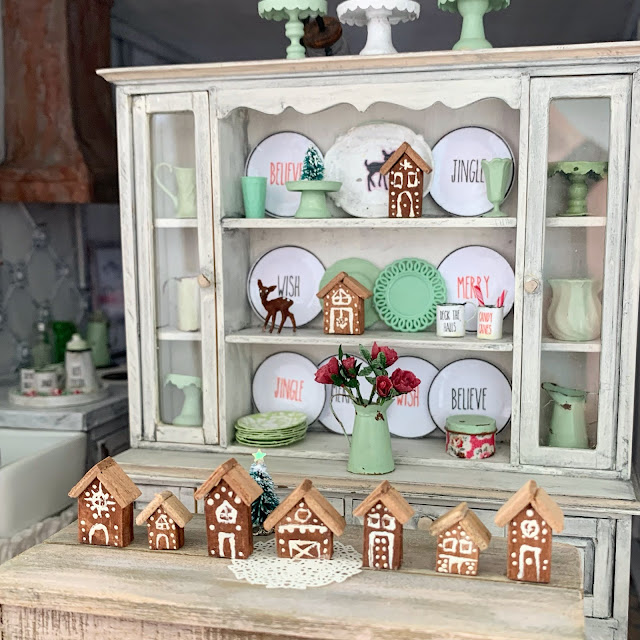 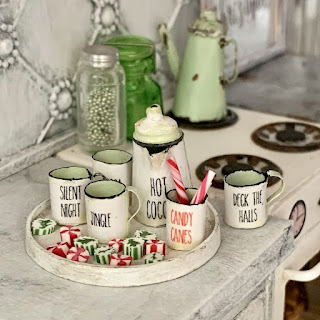 Yes...these were fiddly and frustrating to make...but worth the effort! 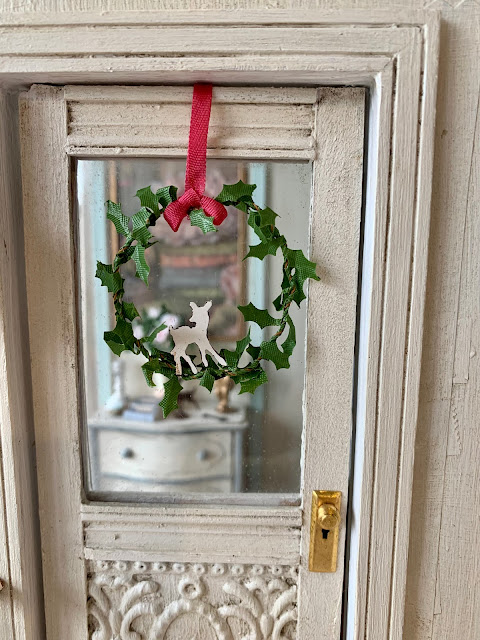 And that wreath is about as far as Christmas decorating got at La Maisonnette. 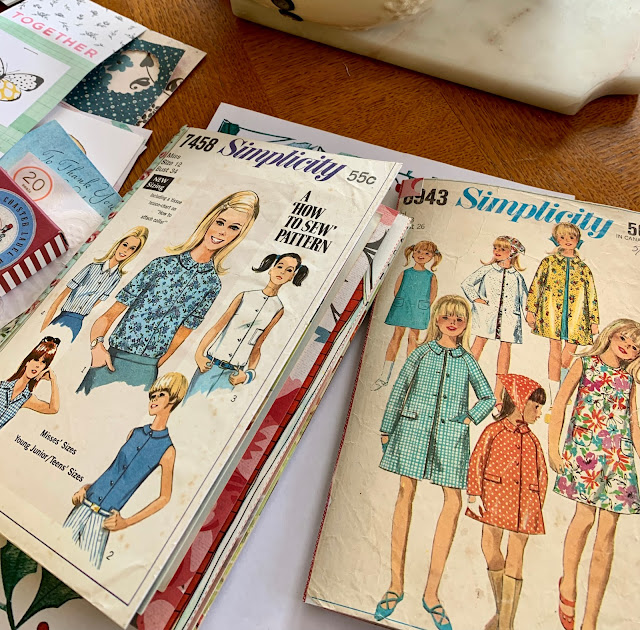 The reason I ran out of time to finish Christmas in the dollhouse was because I decided to make these 'Junk Journal' photo books  as gifts for the two little nieces I used to look after. 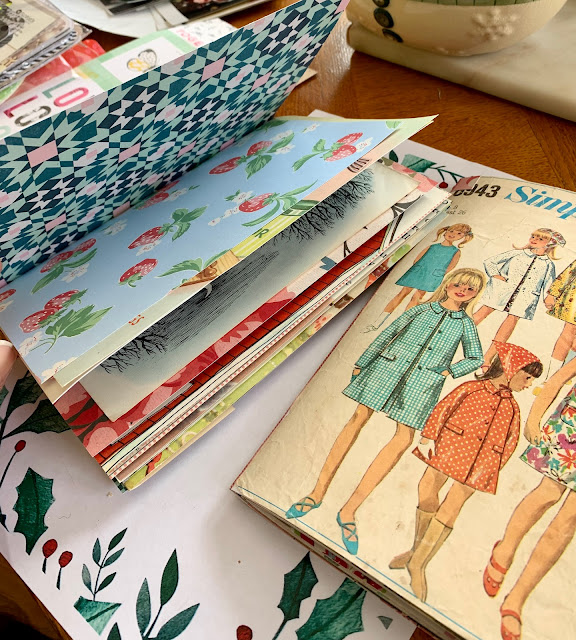 I had the idea to make these albums a couple of years ago...and finally got around to it the week before Christmas. I filled them with photographs from when I looked after them.
They absolutely loved them!! 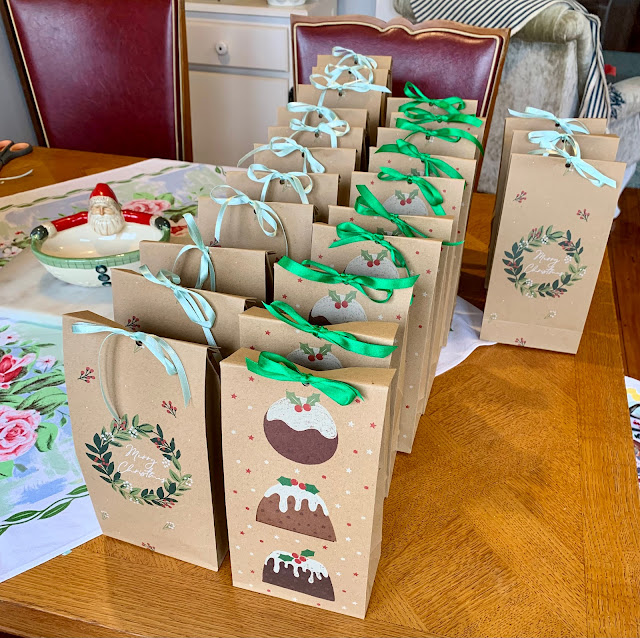 Hundreds of cookies were baked and given to my work colleagues.
I've come to the realisation that I like a production line! 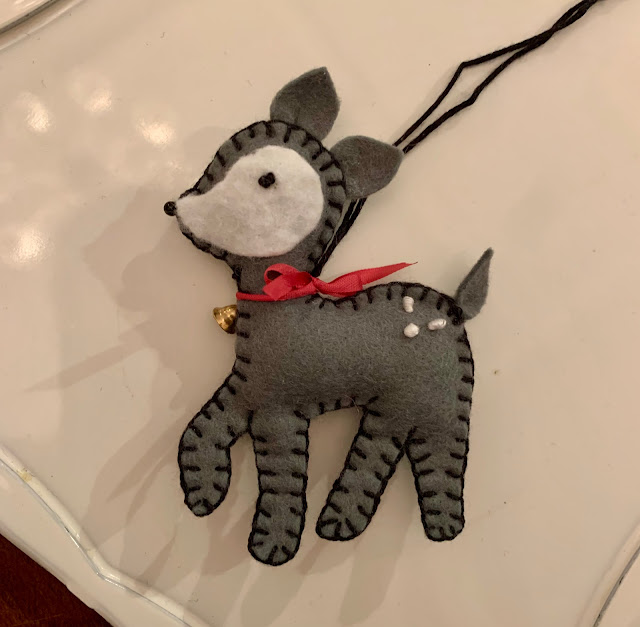 And I had the bright idea to make felt Christmas decorations as I like attaching a decoration to a gift.
I thought it would be a good way to use up some felt I've had since I was a teenager.
Well, the felt was mostly in small pieces. I managed to finish this little deer and I've almost finished another decoration that may be ready for next Christmas. LOL!!
I already have far too many ideas of things to make for next Christmas...most of which I will have forgotten about by December. 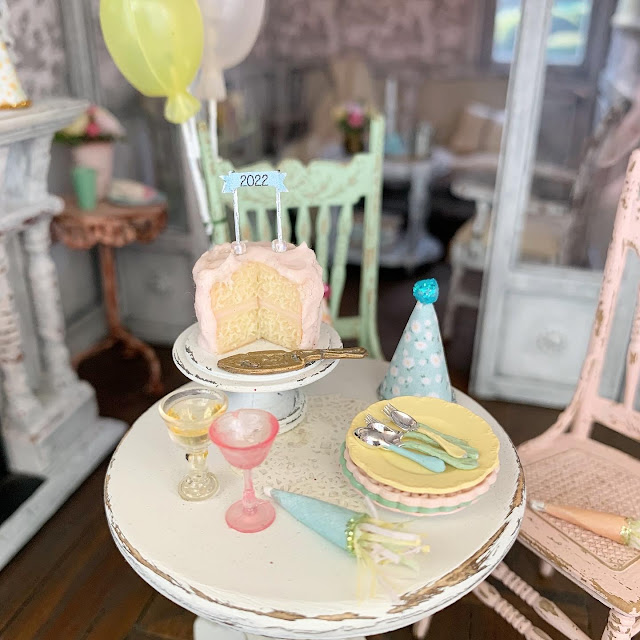 So I wish you all a Merry New Year!
I'm not one for making resolutions however I feel this HAS to be a year of change for me.
Whatever your resolutions may be I hope you're successful!
Thanks for stopping by!